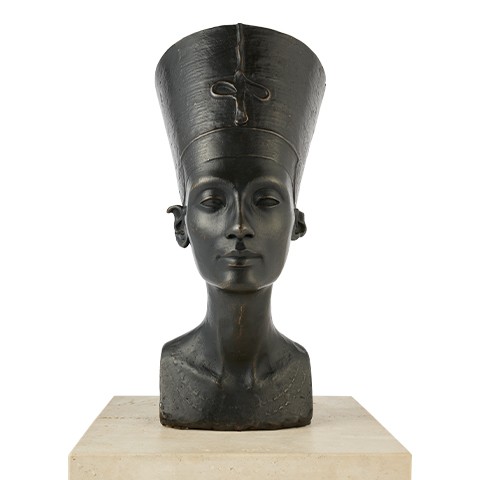 Despite the years, the balanced and flawless features of the 3,400-year-old Nefertiti Bust continue to fascinate anyone who lays eyes on it. Dubbed the Mona Lisa of the ancient world, the bust is widely considered one of the most exceptional pieces of Egyptian art.

SKEL wanted to pay tribute to this work by creating a scale reproduction of this beauty icon from the ancient world. This limited and numbered edition was crafted in bronze using the lost-wax casting method. It is paired with Pharaohs and Queens: the Dawn of Egyptian Art, an exhaustive analysis of one of the most admired civilizations of ancient times, packed with of photographs of the great works that have passed down over the ages.

The original bust, in stucco-coated limestone, is currently on display at the Neues Museum as part of the Egyptian Museum in Berlin collection. The perfectly symmetrical and proportional bust was likely crafted by master sculptor Thutmose. A peculiarity is that the pupil of the left eye lacks the inlay found in the right, which is believed to have never been attached, as well as a slightly different second face found underneath the plaster. 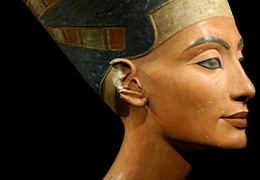 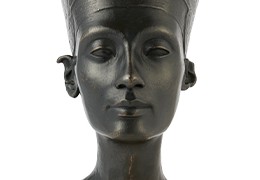